Thrash Magazine Review of Midnight Reign-Never Look Back
Hollywood, California has offered us some killer performances ranging from plays, to musicals, to full blown concerts from various types of music but Hollywood has changed the way it witness music by revealing Midnight Reign with their first LP "Never Look Back." This killer album fuses metal, punk, rock and roll, industrial and just about any other type of music you can think of in this 10-track delight.

Formed in upstate New York by founder Joseph Michael's and his two main passions for classical composition and heavy guitar driven metal he decided to put his likes to better use. He learned how to read and write music reading basic music sheets and got right down to the basics and started writing his own music little by little. He tried his best to gather some musicians interested in developing his project but no one seemed interested so he took his last bucks and hopped on the greyhound heading to Hollywood. Reforming Midnight Reign in Hollywood was ten times harder but he got through it and found a guitarist and bassist and finally a drummer.

A few years had passed and after the long years of writing about his surroundings of drugs, sex, and rock and roll mayhem, he unleashed this album we're discussing right now. Which brings all the hard work and chaos onto the table. The album includes a full range of string arrangements on several songs, thanks to violinist Alma Cielo and Cellist Starla Baker, while drummer Adam Gust sits upon his throne and beats his heart onto the drum set giving it his all. 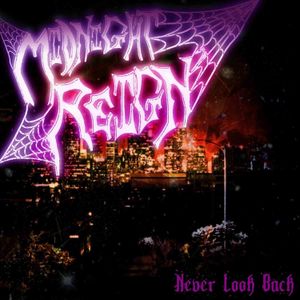